Having been in the plumbing field for over 15, I see a lot of calls for under performing toilets.  The basic function of a toilet hasn’t changed basically since the invention of the toilet.  Water goes into the tank and is then released when flush lever is pushed causing a certain amount of water (anywhere from 7 to .8 gallons depending on how old the toilet is) to fall by gravity into the bowl causing a clockwise (unless you live south of the equator LoL) whirlpool to flush the contents. 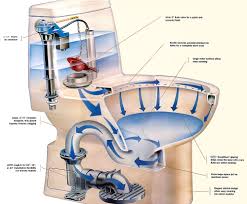 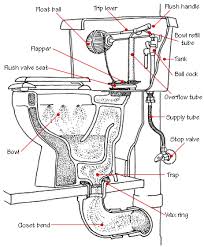 Flapper goes up, water goes down

But since the invention of the toilet.  Toilets have been doing more with less.  In the 1930’s toilets used as much as 7 gallons of water to make waste go down!  7 gallons! And they didn’t do a good job with that 7 gallons either.  Could you imagine the water damage on a overflowing 7 gallon toilet! Yikes!

That dropped to 3.2 in the 70’s and then to the 1.6 gallons per flush standard we have today, that came in the mid 80.s.  It’s been 1.6 gallons per flush for awhile and that is because it seems to be the magic number.  There is these newer .8 gallon per flush toilets.  The so called “duel flush toilets” that in my opinion don’t seem to even make a complete flush half the time and are a complete waste of money. It’s pretty save to say that somewhere around 98% of houses and businesses today are using a 1.6 toilet.   Even if they had a older toilet at one time or another. The obvious reason for that is the federal requirement.  But when the requirement went into effect manufacturers were making the new 1.6 toilets on the same design as the 3.2’s and that was a outdated design.

It wasn’t until the early 21st century that some engineer finally decided to rethink the system.  All’s it took was smoother more efficient water passage ways and a bigger flapper to really slam the water down.  Everything else stayed the same (like the ballcock assembly).  A couple years later most the rest of the industry caught up, and now (unless you spend under $100) you can get a toilet that flushes at least 2 times better then your old one.

So it seems pretty obvious to me, and it should you now too.  That if you have a pre 21st century toilet and it runs constantly or has developed a leak.  Then instead of throwing new parts at it like a old beater car.  Dropping a few extra $$$ will be worth it.  You might even forget where your plunger is.  Besides it’s always a good idea to pull that toilet that’s been set for awhile cause more often then not, that old wax ring seal underneath it has dried up and might be rotting your sub-floor. 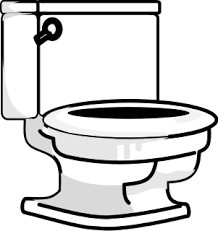 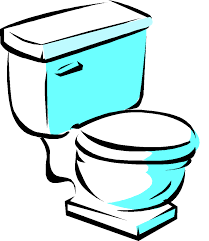 Water heaters generally last 8 to 10 years.   The process of the water being heated and cooled constantly over those 8 to 10 years creates a lot of calcification on the inside of the tank.  This can (and usually does) lead to tank corrosion and or gumming up the thermostat sensor, making the tank leak (in the case of tank corrosion) or causing the heating element not to turn on when it’s supposed to and run longer then it’s supposed to leading to more corrosion.  So depending on the quality of your water your water heater will probably be on borrowed time after 8 years.

So if your due to replace your water heater, whether doing it yourself or having a professional do it, here are the things to note when finding a replacement.

Most water heaters should have a small label similar to this.

What we’re looking for here is capacity and gas type.

Not all labels look like this one as they very form one manufacturer to another. But they’re all pretty similar.  To know what kind of vent you have just look at the top of the water heater. If you see a plastic (PVC) pipe then you have a power vent.  If you see metal then you have a standard vent.  If you see no vent then you have an electric water heater.  The next important thing is to measure the height.  Water heaters usually come in a Tall and a Short version even when the capacity is the same.  If you have a Tall version you want to replace it with the same as to make installation easier.  Width is not that important unless your water heater is in a really tight space and technically plumbing code has minimum distances for the front back and side object can be around the water heater.  Knowing the type, size and height will have you better prepared when you go one of those department stores or make a call to a professional.

Visit sheppardplumbing.com for this article and more